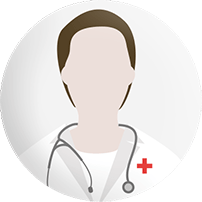 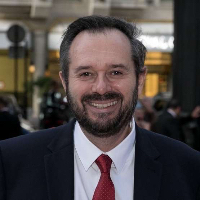 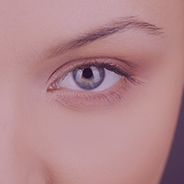 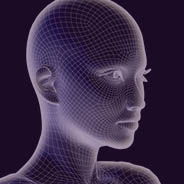 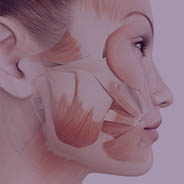 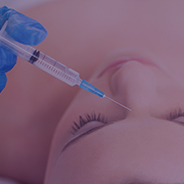 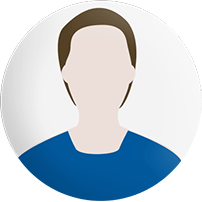 Objectives: description of the efficient and useful role of Artificial Intelligence in the today's dermatology practice

Introduction: Artificial intelligence (AI) moves physicians around the globe. Some people fear for their specialist field, others see AI as a helpful tool for diagnostic support, which in the future - in view of increasing patient demand and declining numbers of specialists - will be indispensable in practice.
While countless AI projects are still in the prototype phase, the FotoFinder Moleanalyzer pro algorithm is already validated and the system has proven its high values for sensitivity and specificity in a clinical study.

Results: The "FotoFinder Moleanalyzer Pro" software detected 58 of the 60 cutaneous melanomas in the test database and thus reached a sensitivity of 96.7%. Out of 240 benign nevi, 205 were correctly diagnosed so that the specificity was 85.4%. The positive predictive value was 62.4%, while the negative predictive value was 99.0%.
The user ergonomics of the software can be described as excellent due to its integration in the general workflow of digital dermatoscopic imaging by means of the FotoFinder dermoscope and an almost "real time" availability of the results.

Conclusion: Therefore we can say that the role of AI in the future dermatology practice is quite diverse but with focus on time saving and higher precision in detection of malignant lesions. FotoFinder’s technology considers a harmonized integration of Artificial Intelligence in the Software and Hardware configuration. Today’s problem and challenge in the health system is not only early diagnosis of skin cancer but also the high number of patients that block the time slots with benign angioma, dermatofibroma and other irrelevant lesions. AI can help to filter such cases and increase efficiency.

Objectives: Non-surgical cosmetic procedures like filler injections are increasingly popular nowadays. Intra-arterial injection of fillers may however lead to skin necrosis and/or blindness. The anatomy of the facial arteries is so variable however that even thorough knowledge of the anatomy never can avoid the injection in the arteries. Until now, no method has been described that can comprehensively visualize the arteries of the face without radiation and contrast injection; neither do we have technologies available that can display the arterial network in real life on the face of a patient.

Introduction: A thorough understanding of the arterial anatomy of the face is mandatory but insufficient to avoid these complications, as there is a myriad of anatomical variations. Until now, only classic angiography or CT angio was able to visualize the arterial network of the face, with all the related complications of radiation and contrast injection.

Materials / method: 20 healthy volunteers underwent a 3D-TOF Magnetic Resonance Angiography (MRA) in an oblique coronal plane after infrared (IR) facial heating. Imaging was done both on 1,5 and 3 Tesla MRI devices. To avoid intravenous contrast injection, a 3D Time of Flight (TOF) flow-based technique was used. The arterial network was isolated as a 3D mesh and visualized through custom-built Augmented Reality (AR) software on the face of the test patients, using either the front- or back cam of any smartphone.

Results: Both the 1,5T and 3T MRA allowed visualization of the main facial arteries : Facial (89% of the cases), Angular (87%), Superior (84%) and Inferior (84%) Labial, Lateral Nasal (97%), Dorsal Nasal (84%), Supratrochlear (87%), Supraorbital (68%), and Superficial Temporal Arteries 100%). Dental wires or bone screws may have caused artefacts. No complications were reported. All visible arteries on MRA and their according depth levels could effectively be visualized on the patient’s face using a custom-built AR application. The accuracy of the displayed arteries was confirmed using Duplex Ultrasound

Conclusion: This technology not only represents the first analysis of the arterial network of the face of an individual patient without radiation or intravenous contrast injection, but also the first description of an accurate and dynamic visualization of the individual arterial network in Augmented Reality on the patient’s face.

FaceReality: a novel approach to facial aesthetic treatments based on artificial intelligence

Objectives: An artificial intelligence being trained to analyse, score and subsequently morph the physiognomy of the face regarding first impressions can guide therapeutic concepts in a novel approach.

Introduction: Social interactions are influenced by first impressions. The way people react to each other is influenced by how a face is perceived regarding trustworthiness, competence, dominance or how threatening a person looks like. Research has shown that these first impressions are formed intrinsically during the first milliseconds after first contact with an unknown person.

Materials / method: An artificial intelligence (AI) was being trained by numerous data resulting from studies on how a face is being perceived in terms of specific psychological traits. Based on this the AI learned to first score a face regarding these traits and subsequently morph an image towards the desired expression.

Results: Based on the training data the AI learned to first score a face regarding several psychological traits and subsequently morph an image towards the desired expression.

Conclusion: The functionality of AI in this application can help us to base our treatment decision on first impressions and perception of the face regarding various psychological traits. This offers a revolutionary novel approach in aesthetic treatments.